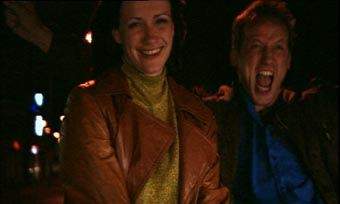 Mark, an eccentric drugs dealer, lives in a world of self-obsession and euphoria. The only people who can still get through to him are his girlfriend, Mira, and his best friend, Sebastian. But Mark’s aggression is threatening to destroy Mira’s life as well. After a row with her and Sebastian, Mark is arrested for the possession of drugs. On his release a year later, everything’s changed.