A STORY OF SAHEL SOUNDS 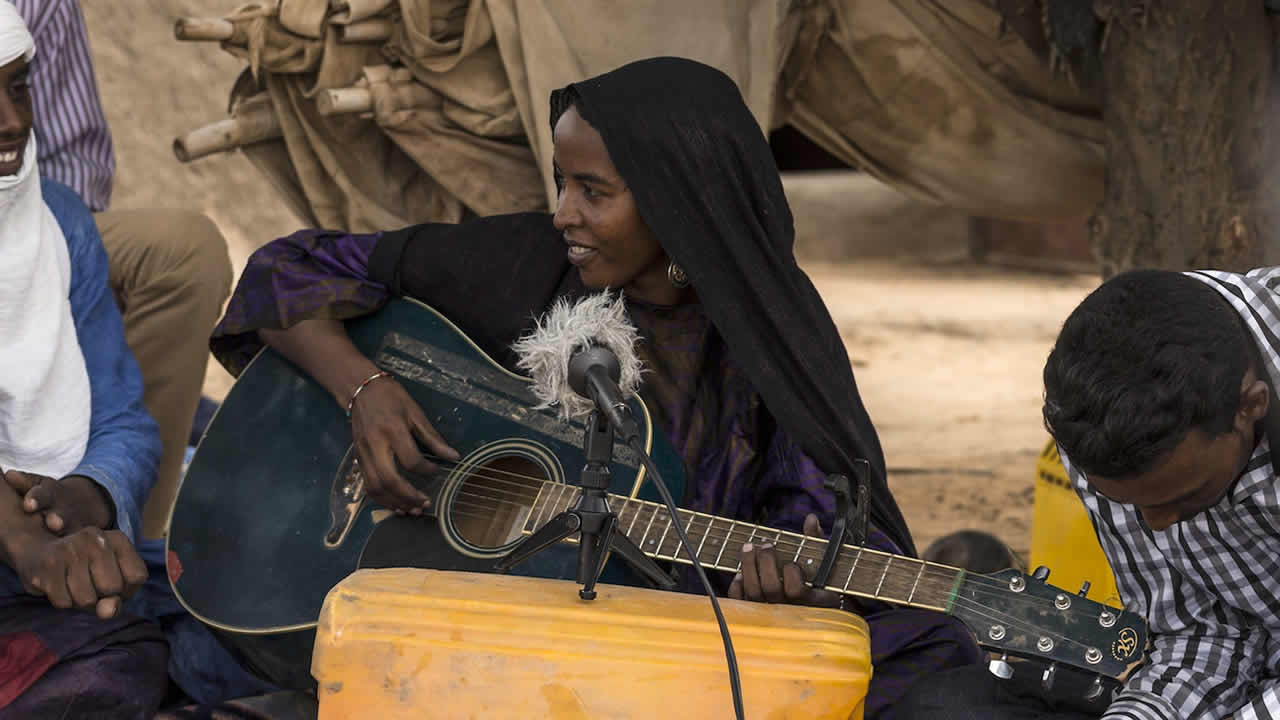 Shot on three continents, the film offers insight into Christopher Kirkley’s project “Sahel Sounds”, which he operates as a blog, record label and platform in order to publish art and music from the Sahel, off the beaten path of the mainstream. From Portland, we follow Chris to Niger, meet up with some of the label’s old friends, but also with new artists. We experience gripping open-air concerts on the way from the capital to Agadez, the “Gate to the Sahara”. After overcoming Kafkaesque visa hurdles, Mdou Moctar embarks on his first European tour to inspire the masses. All the while a hairdresser from Tahoua dreams of America, where recordings from mobile phones are made into records for the masses.

The film celebrates music performances by current artists from Niger and opens up a space to question our understanding of cultural exchange, musical connections and political structures. Against the backdrop of ever-growing globalization, although influenced by an unequal distribution of power, new possibilities for self-determination open up, these artists attempt to make it big – on the stage and on the mobile phones of their fans. Inspired by Christopher Kirkley’s work, the film overcomes cultural and geographical distances and offers a new perspective on a region which most of us only know as a crisis zone.

TO BE WITH YOU – MY FAMILY IN MYANMARSCHULTERSIEG / WIN BY FALL