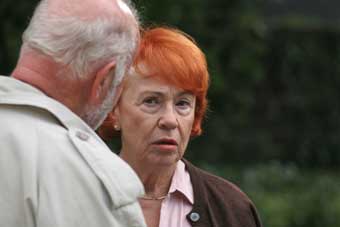 Diagnosis Alzheimer – the shock hits hard. Soon Friedrich realizes that he cannot take care of his beloved wife Luise by himself. Reluctantly, he brings her to a nursing home, the Steinhorst Sanatorium, where Hans, apparently Luise’s first love, also lives. Old romantic feeling spark up again between the two – they are in seventh heaven. Unable to do anything about it, Friedrich experiences his wife slipping away from him. When Hans is released and taken home, Luise has a breakdown. Friedrich must act if he wants to save Luise.