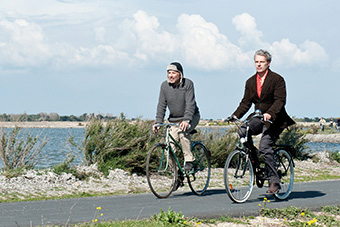 Three years ago Serge Tanneur was a celebrated actor. But in the meantime, he lives in seclusion on the Île de Ré and has given up acting. One day one of his old companions, Gauthier Valence, shows up on his doorstep. Gauthier is planning a production of Molière’s “The Misanthrope” and wants to have Serge on board. Serge is unyielding, but he has always wanted to play the role of Alceste and lets himself be persuaded. It seems that Serge will soon be back on stage with Gauthier, but real life and theater life soon collide, as do friendship and vanity as well as love and betrayal.