ANOTHER COIN FOR THE MERRY-GO-ROUND 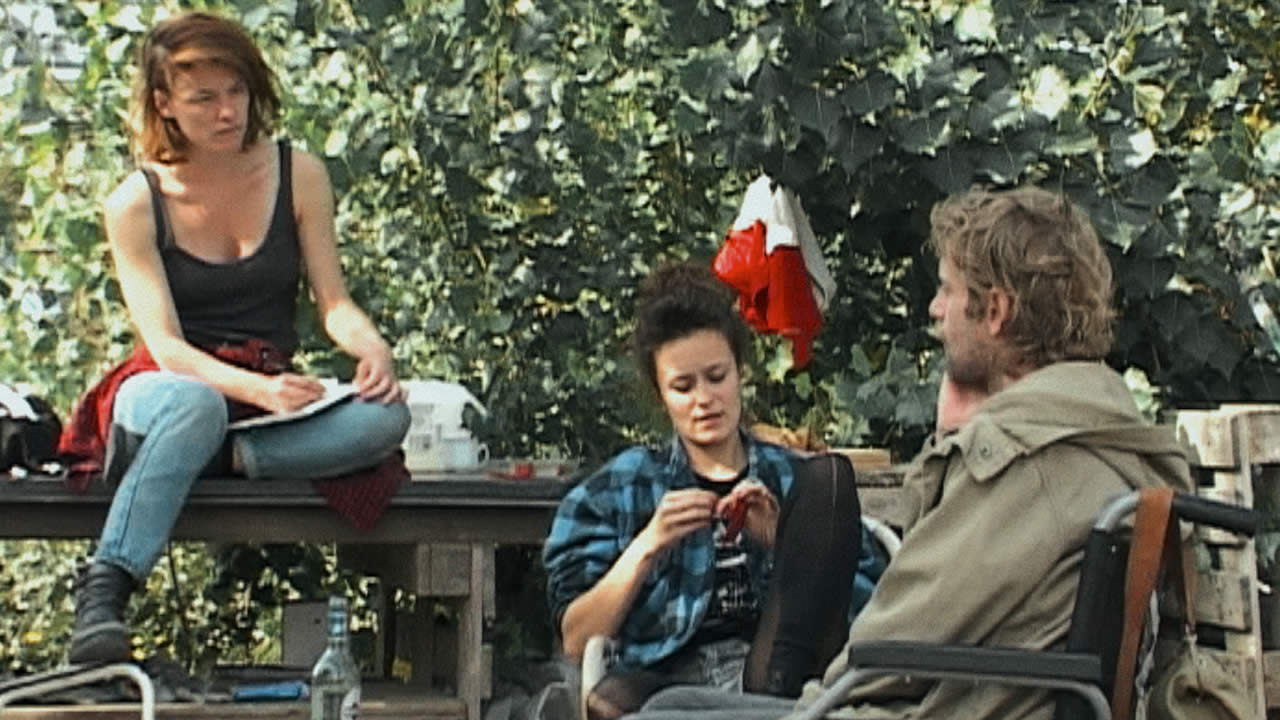 Anna, Niko, Ilias, and Jools are flirting with the Viennese underground music scene. They like the do-it-yourself style and are trying to create something with the band BLACK CANDY, even though they do not really know how to play their instruments. They are rather familiar with the feeling of buying a skateboard at the age of almost thirty and pulling all-nighters around the Viennese Gürtel. But ever since a wheelchair has been thrust into their lives like a foreign body, something has changed. Actually, it changed much earlier.

Above all, Anna finds it difficult to live with the fact that even a FUGAZI record no longer has the same power after the umpteenth run-through as it did the first time she heard it. That the needle of the record player has jumped into an endless groove in which she as a person is stuck. “If that’s reality, then I don’t want it.” They are tryinf to ignore the changes, making excuses for themselves and refusing to acknowledge that their parents no longer have spare change for the carousel and it is time to pull a coin out of their own pockets.