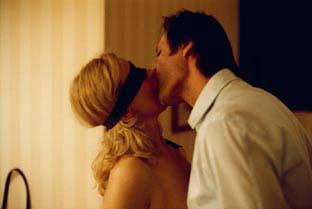 Eva, in her mid-thirties, has her whole life under control, from her daily work routine as a nurse to her role as wife and mother. One day, Tomasz, a doctor and casual acquaintance, stands on her doorstep. A few passionate nights later, Tomasz is on his way to the airport again. With him he has a few photographs of Eva in compromising positions – frozen moments of utmost intimacy which will change everything.

Sonja, the grocery store checkout girl, is frantically jealous of Marco – and with good reason. A baby, she thinks, could change everything. But can you exact love with a lie?

It’s been a while since Nicole has divorced real estate agent Alex, there’s no longer any room for him in her new life as a single mother. His way of dealing with hopeless situations is the same as ever: first ignorance and arrogance, then hate and violence.

Lives that intersect at critical moments, skilfully woven into a film about the obsessions of love, the search for closeness, and the hope for happiness. About fear, loneliness, and courage. In the constellation of Scorpius, 500 lightyears away, the variable double star Antares shines bright and red in the sky. Its unique luminosity is at the same time its demise. In the foreseeable future, it will explode as a supernova.