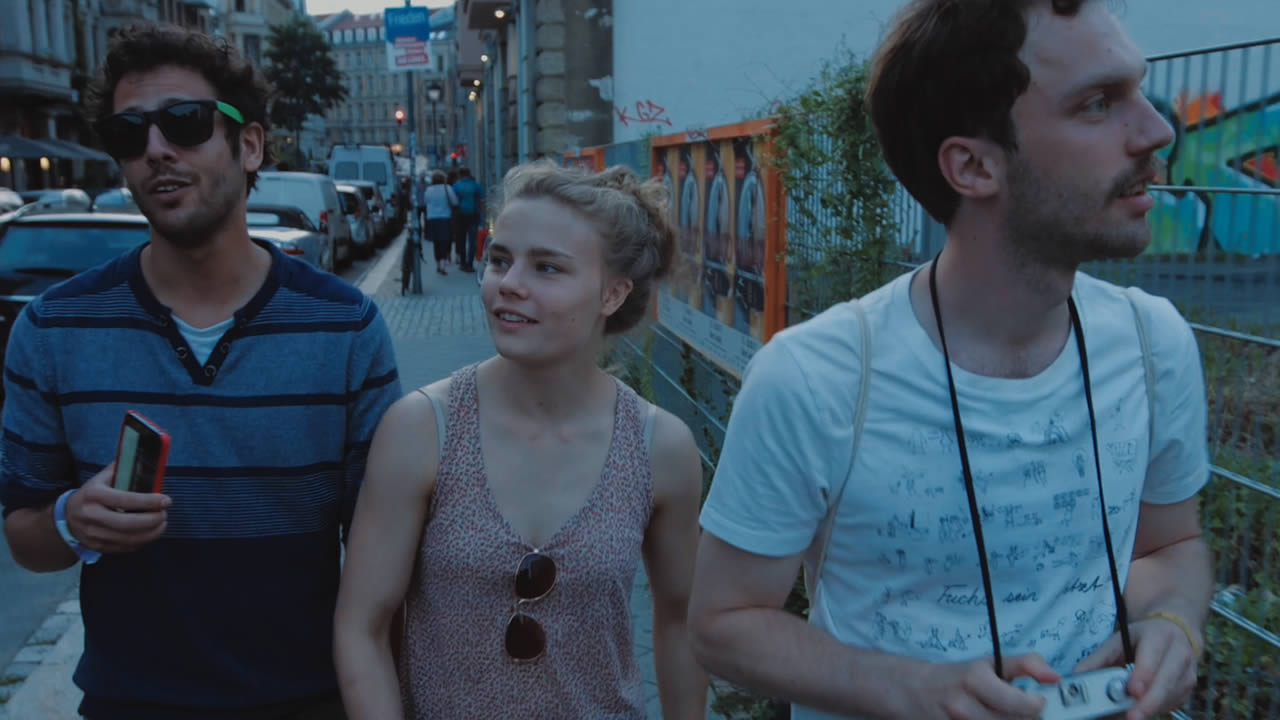 Summer. In an old station wagon, Erik is traveling all around Germany. His goal is an appearance at a remote art festival. After a meticulously prepared performance, Erik finally lets himself drift and meets the young couple Chiara and Peter. In the heat of the night, Erik falls in love and joins them. But the closer his connection to Chiara becomes, the more Peter becomes a burden. Half a year later, Erik is on his way to Berlin. Under the pretense of a theater project, he stays with Chiara. Chiara and Peter are no longer together and Erik sees nothing standing in his way anymore. But they have both changed in the meantime. Erik has to find out if he really loves Chiara or just the idea of her.