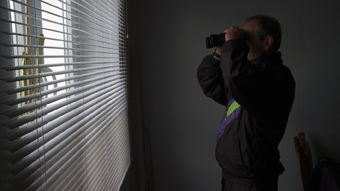 Karl D. should just leave. The house, the village, society in general. When the repeat sexual offender moves in with his brother Helmut and his family, the neighbors react immediately. They are afraid – for their children and their own safety. Karl has just completed a 15-year prison sentence, but is still considered dangerous.

While the rest of the village gathers together, Helmut’s family is suffering under the pressure. Trapped in their own four walls, they have to live up to all the outside forces – the demonstrators, the local police and even the juvenile services, who are threatening to remove Helmut’s son from their home. As the situation escalates, the demonstrators start arguing. A few women begin to question the whole situation and decide to make contact with the family.

I WANT MY COUNTRY BACK – THE TEA PARTYBENDA BILILI!