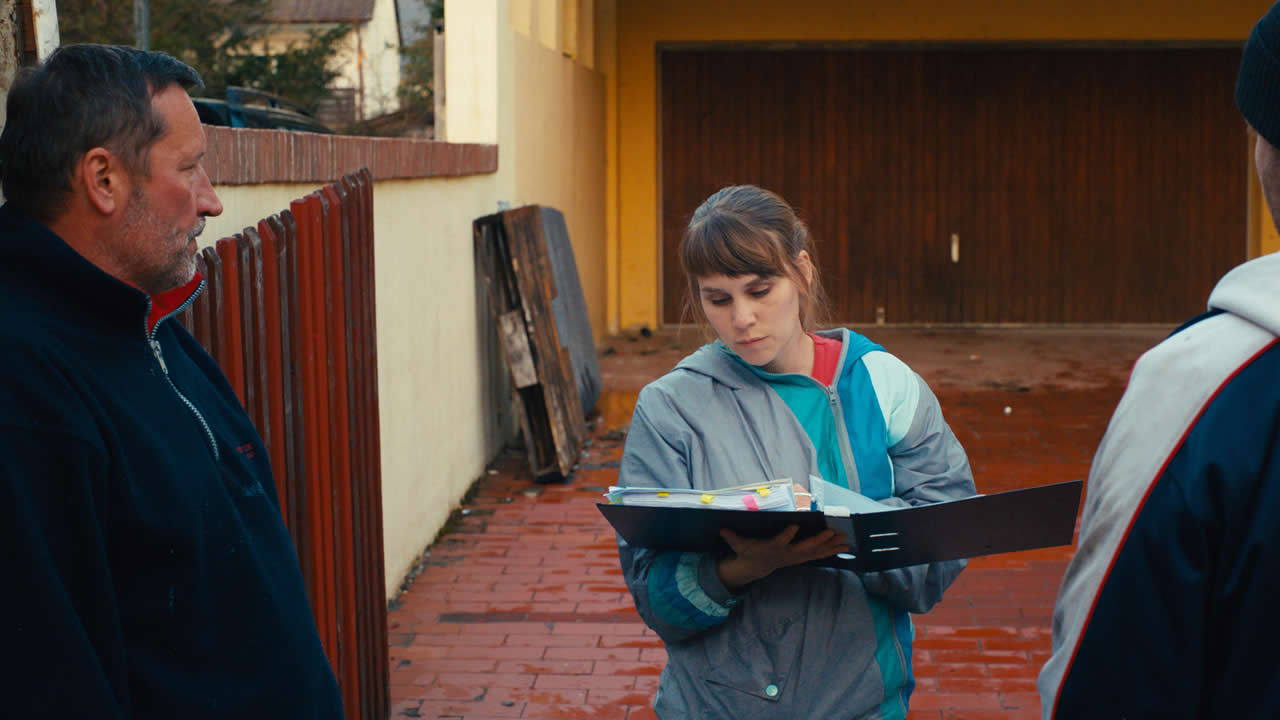 Klara’s job is to clear out apartments. Whether from the deceased, refugees or old folks who have been sent to nursing homes. She works with the mover Herbert. The two are an efficient, well-coordinated team, and although Klara is actually Herbert’s boss, neither of them are beneath the occasional dirty joke. Day in and day out, they remove all traces people left behind.

All goes well until one day Klara in a supposedly empty apartment happens upon Friedrich, the occupant, who is meant to be long gone to a nursing home.