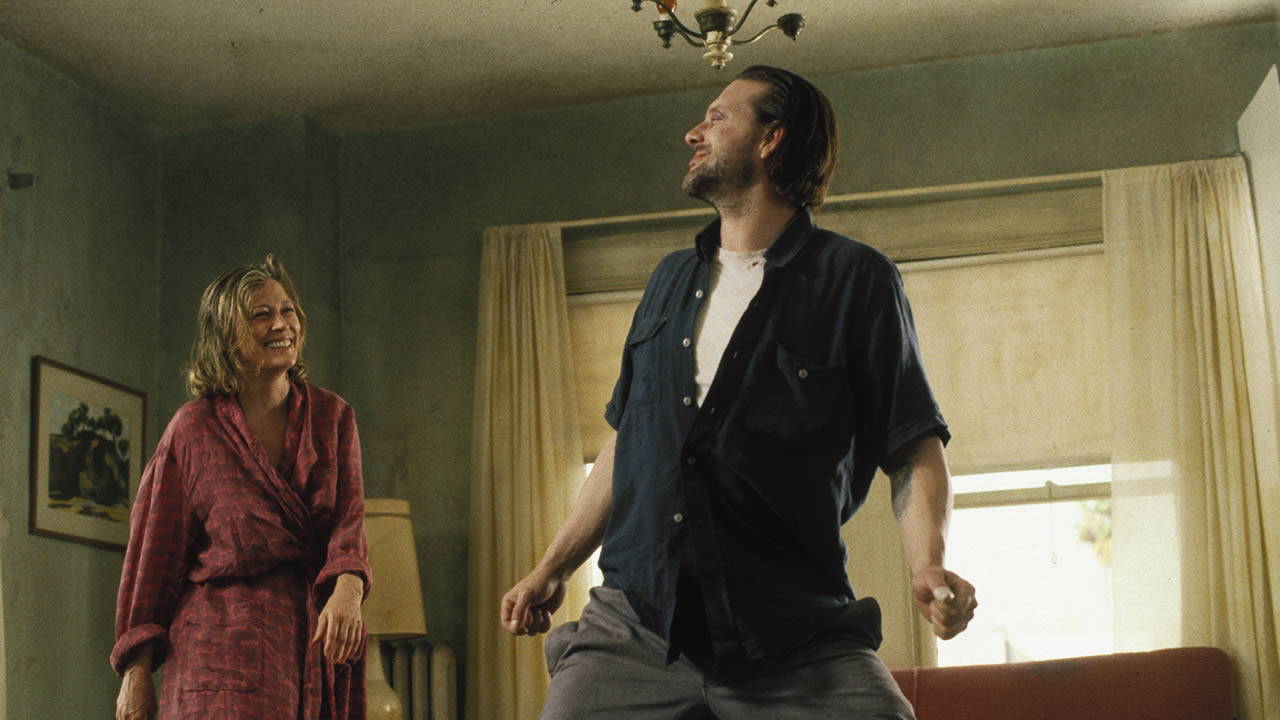 Henry Chinaski writes short stories and is an alcoholic who frequents the local bars in Los Angeles. Between drinks and late-night brawls, this is where he feels most at home. He’s not really expecting much more out of life than just having a little bit of fun. On one of his routine evening bar stops, he encounters the fellow alcoholic Wanda Wilcox and the two have drinks together. They traipse from bar to bar and finally end up living together, but because of their rather loose attitude towards life they quickly get at each other’s throats. After Wanda leaves Henry, the well-established publisher Tully Sorenson suddenly shows up. The wealthy woman doesn’t just want to publish one of his short stories which had impressed her, she has also fallen in love with the boozing writer and attempts to pull him out of his destitute bar existence.

AMNESIABEFORE AND AFTER / DAVOR UND DANACH