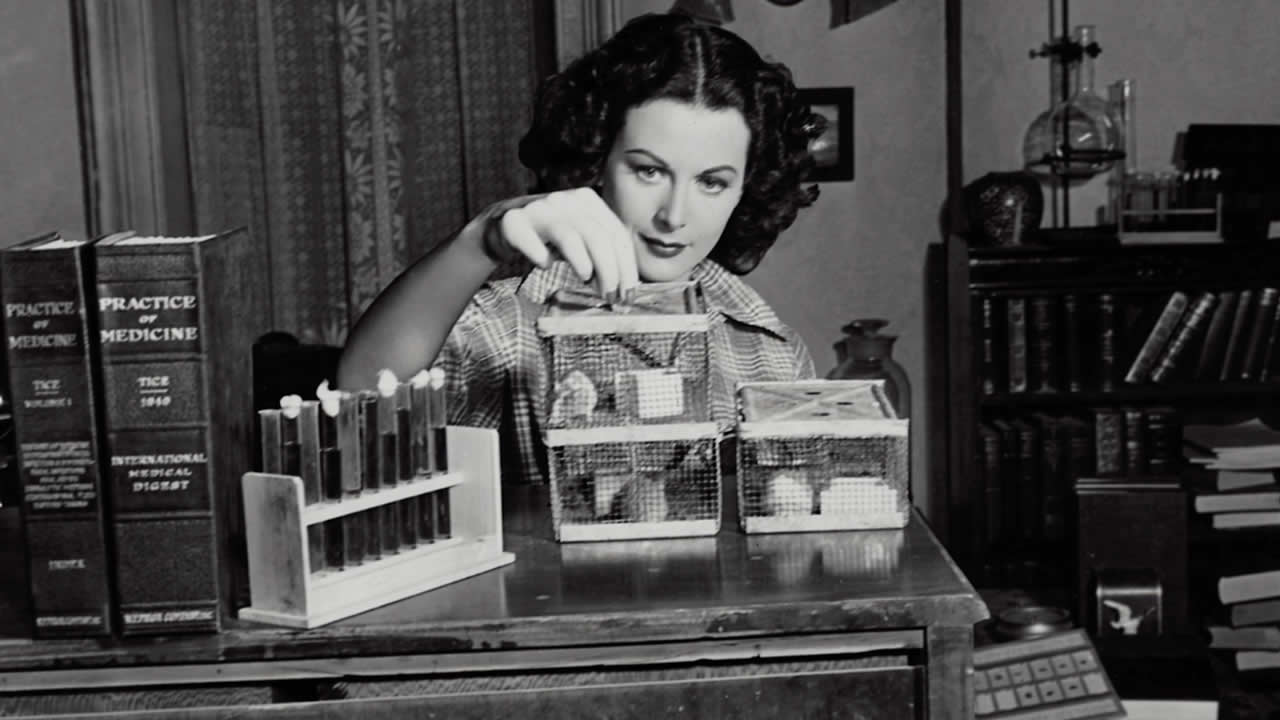 “You may give the world all you’ve got and the world may kick you in the teeth … Do it anyway!”
Hedy Lamarr

The contemporary legacy of the Hollywood legend Hedy Lamarr concentrates on her beauty, her scandalous appearances in films like ECSTASY (1933) or her numerous marriages and affairs. But the beautiful Hedy Lamarr was not only a Hollywood star, she was also a scientist. Her pioneering work: a fail-safe communication system, one which plays a significant role in modern mobile communications technology.

But when the Austrian Jew offered her patent to the American Marines, they didn’t take her seriously. Instead of accepting her invention, which could have contributed to the the defeat of the Third Reich, they suggested that she sell kisses for war bonds. She never received public attention for her research, and after this experience, she never again spoke of her existence as an inventor. The feminine principle of noble reserve. This documentation grants Hedy Lamarr this belated but well-deserved recognition.