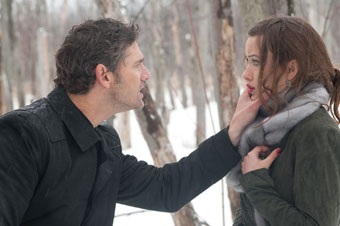 After a casino robbery, Addison and his sister Liza are on the run in a snowy no man’s land in Michigan. After a car wreck, they decide to split up. In the middle of blizzard, Liza is picked up by Jay, who – just out of jail – is on the way to his parents, Chet and June.

At the same time, Addison is on the run on foot and leaves behind a bloody trail, erratic and violent, and poses a threat to Sheriff Baker and his daughter, Deputy Sheriff Hanna. Addison also ends up at Chet and June’s house, who, unaware of the situation, are making final preparations for Thanksgiving weekend.