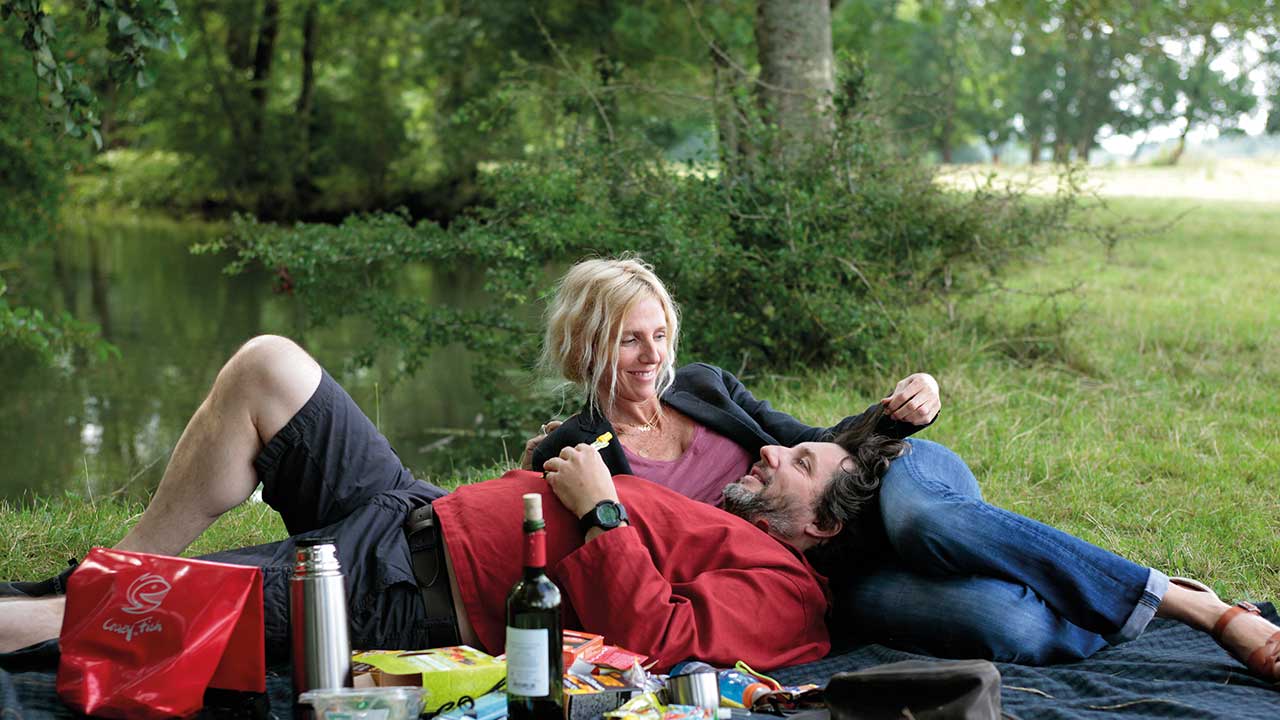 Michel is in his 50s, he’s married, his kids have already left home, he has a 9 to 5 job and is stuck in his daily routine. After work, when he climbs onto his motorcycle, he dreams of a different life. How he would love to float through the evening skies in a propeller airplane like Jean Mermoz. One day, Michel coincidentally comes across a picture of a kayak – and is delighted by the perfect beauty and elegance of the object. It’s love at first sight! One click, and a build-it-yourself “Grand Raid 416” lands in his virtual shopping cart.

Michel manages to hide his purchase from his wife Rachelle for a few days. With total dedication, he assembles the kayak, piece by piece, on the roof and accumulates more and more expedition equipment. He spends entire afternoons in his half-finished vehicle and dreams himself away. But then Rachelle discovers his equipment depot and brings her husband’s dry-run to a halt. She sets him out at a river so that he can finally get in gear and take to the water. After some initial pain of parting, Michel devotes himself to his own personal adventure and discovers what it means to simply let yourself drift. Just a few miles down the river, he gets stranded in a world which will change his life forever …

DIE VERWANDLUNG MY TALK WITH FLORENCE