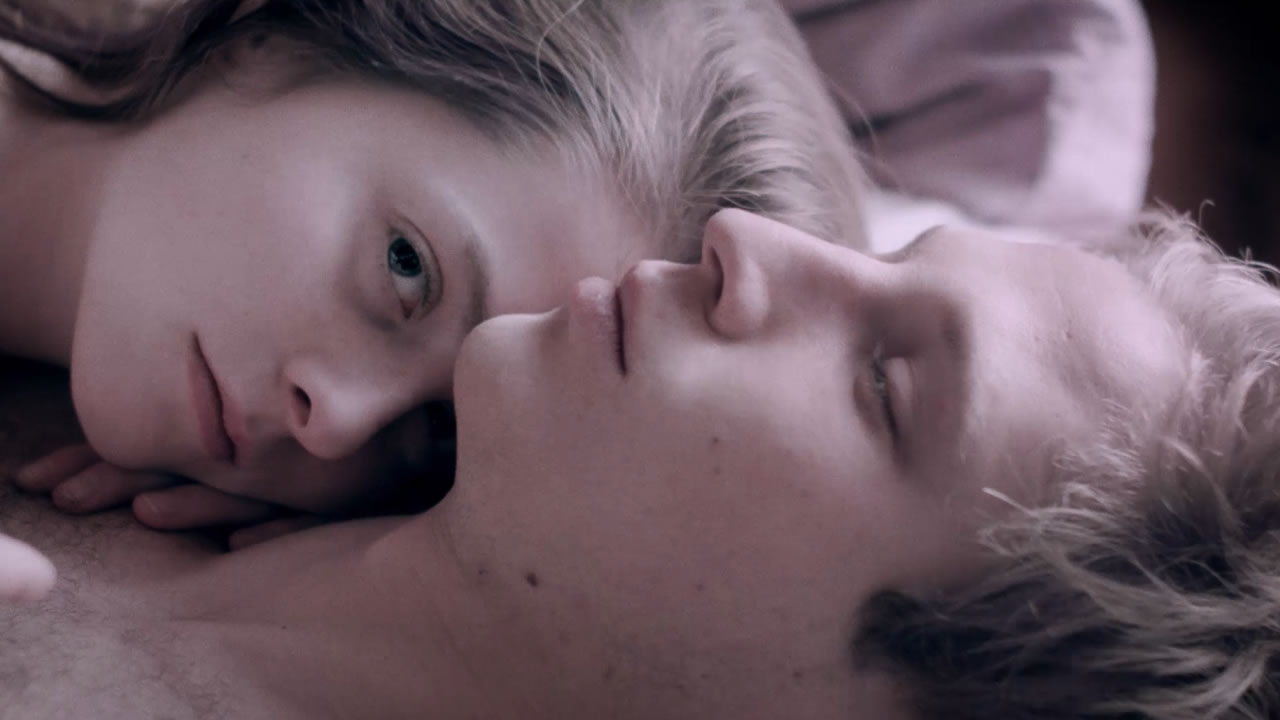 Love conquers all. A girl and a boy, almost a man and a woman, spend the winter in a house in the Bavarian mountains. An old farmhouse, which was sold to city people at some point. It’s the last holiday before their high-school graduation, they have to study for their exams. They eat, they sleep, they play. They are lovers and have a secret. Something the girl’s parents are not allowed to know. They want to the visit the house at the weekend. For the girl’s birthday. The boy is supposed to disappear before they arrive, the young girl says. But he wants to tell the truth, he’s tired of lying.

Every day the girl goes jogging and enjoys the fresh air. Everything is completely normal until something in the mountains starts to chase her. Something from the white expanse of ice and snow. Something from a Bavarian ghost story. The young man doesn’t believe her. She’s seeing things, she’s hearing things, something remains hidden. The creature gets closer and threatens her love. She has to fight.