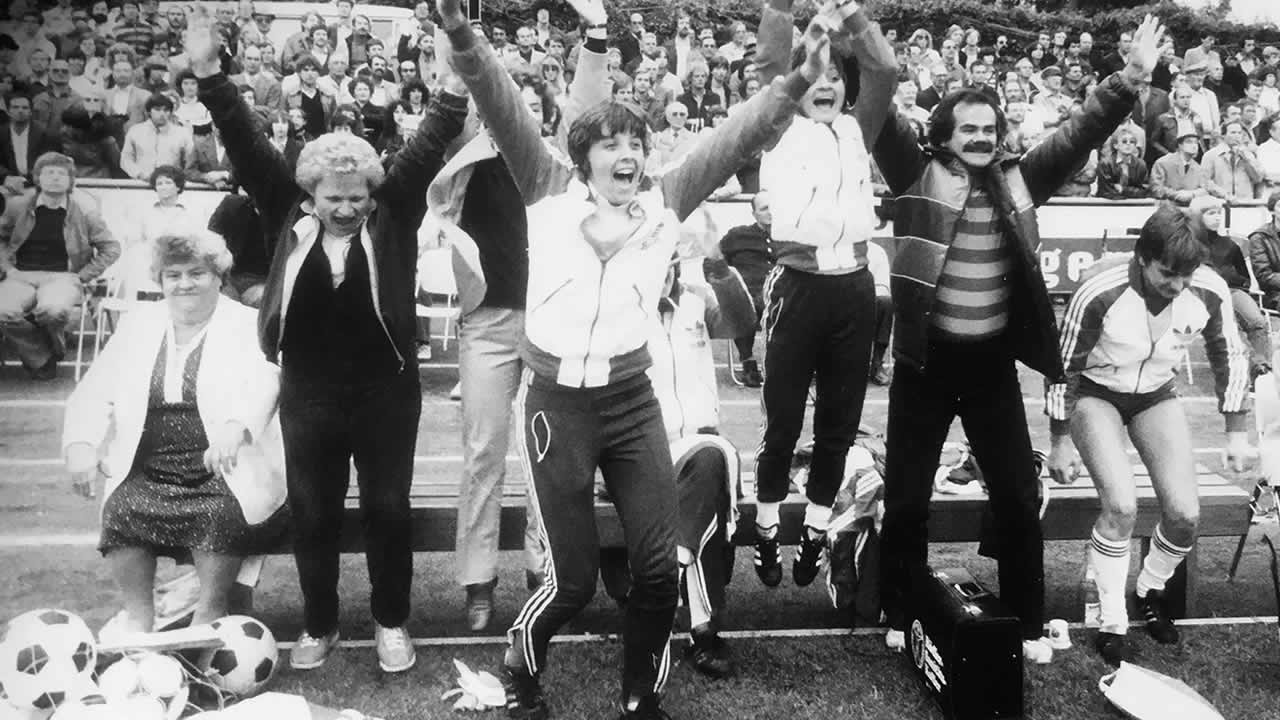 In 1981 Taiwan invited women to a first World Cup in women’s soccer – at a time when the German Football Association (DFB) more tolerated than promoted women’s football, which had officially been banned in Germany until 1970. Since the formation of a women’s national team was not of interest to the DFB, the invitation went to the German record champions of the SSG 09 Bergisch Gladbach. In the film, the former players tell of the absurd conditions under which they fought for their great dream of soccer, against all odds and with a good portion of humor.

Without any support from the DFB, they played the tournament of their lives in front of hundreds of thousands of enthusiastic spectators in the World Cup stadiums and live on Taiwanese television. Accompanied by historical film footage – contemporary testimonies of a man’s world, which today seem all the more anachronistic – the film tells a soccer story in which much more is at stake than sporting success, namely equal rights and recognition.