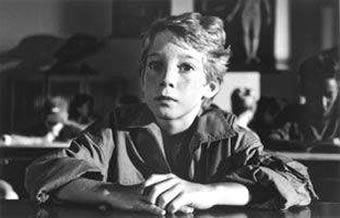 One day David, pupil at an elementary school, gets into trouble: the headmaster accuses him of having seriously injured a fellow pupil. David never intended to harm anyone, let alone fatally. All the same, he suddenly feels shown up in front of his school mates and abandoned by his friends. All by himself he has to find a way of coping with these accusations and with his conscience.