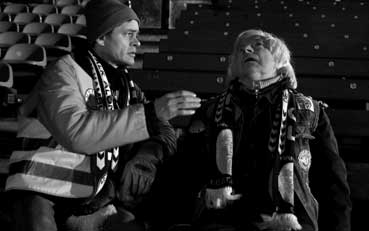 The groundsman of FC St. Pauli is just about to knock off when he finds a dead fan on the grandstand – who even after the funeral won’t leave him in peace. The dead man’s ghost haunts him and makes him realize that the football club’s motto is more than just a stadium song: “You’ll never walk alone” …