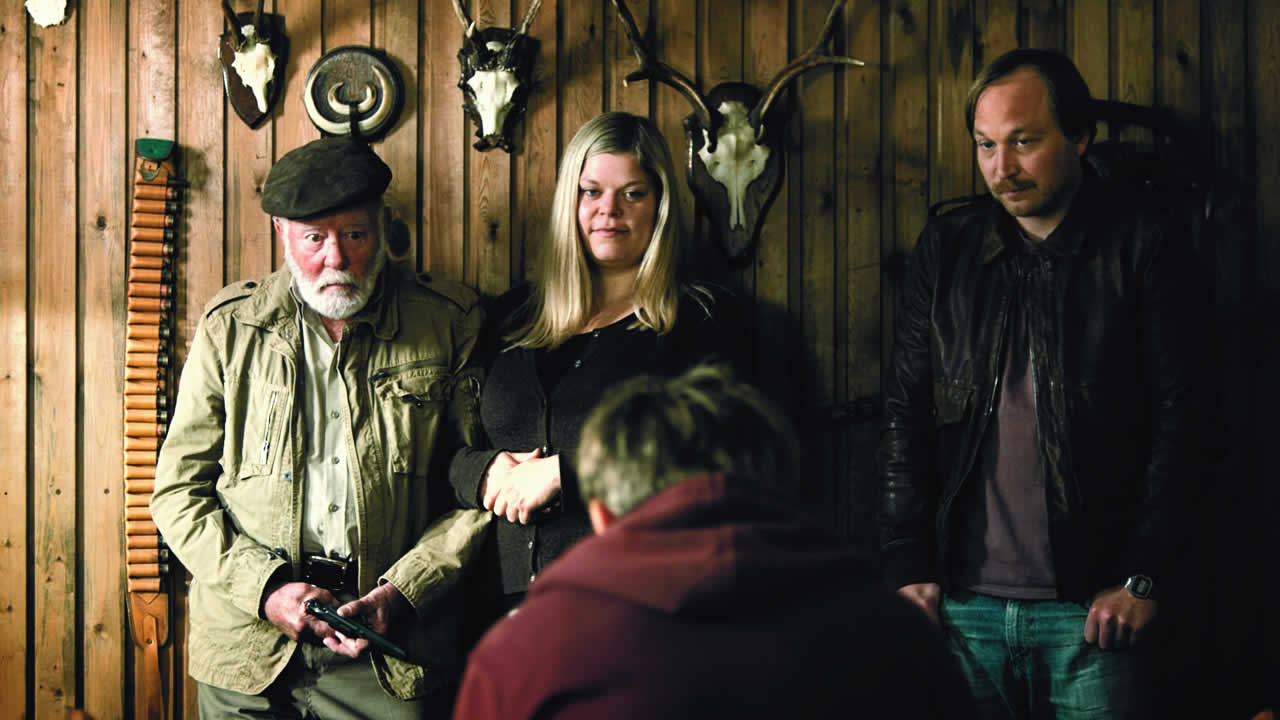 After his mother’s death, Conrad Weitzmann, a less-than-successful writer, decides to adapt his parent’s love story for the screen. He pours his soul into the enterprise, investing years of work in the screenplay and seeking contact to TV stations. A well-known line producer, Stuckradt Halmer, expresses interest in the material. But after five years of email correspondence and numerous changes to the script, Conrad has to realize he’s not getting anywhere. He makes a momentous decision: with his father’s help he kidnaps Halmer.

This is where our story sets is. Stuckradt Halmer spends the next six months as a captive in the Weitzmann family’s basement. He has no memory of the screenplay which has been in someone else’s charge for the past five years. Father Ephraim, who survived the concentration camp in Breslau and later fought in Gaza until he deserted the Israeli army, brutally forces Halmer to cooperate. The obscure world of television companies unfolds before the viewer’s eyes. Painfully, the writer has to acknowledge that it is impossible to make independent films in Germany, or anywhere in Europe, for that matter. You have to be dead set to bring your love’s labor to the screen. Conrad Weitzmann is ready to stop at nothing.