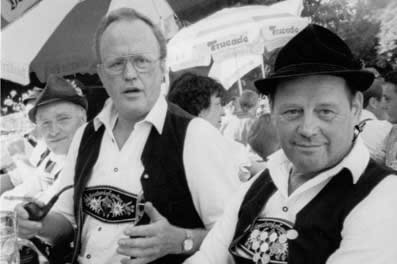 I’m not sure whether we ever felt inclined to think in depth about this post-war structure, the Federal Republic of Germany, which was conceived at the beginning of a new – the cold – war. We were “federal citizens”, but we used these words ironically. We adapted to this state, just like the citizens of the GDR adjusted themselves to living behind the wall. Life continued, whilst a government which won the elections with the slogan “No experiments” turned the demands for reunification into a mere formula …