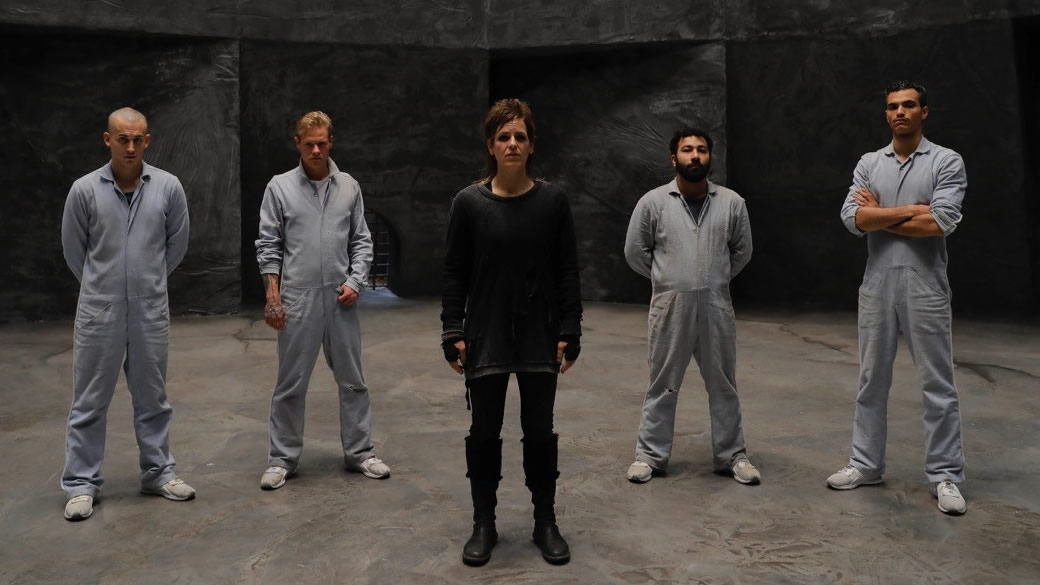 The film leads into the heart of a darkness that today is described as toxic masculinity. And illuminates it: In an arena of dark, scarred concrete, four young violent criminals meet three threatening dogs with imposing metal muzzles. If it weren’t for Lu, the fearless, highly concentrated dog trainer, who takes up the challenge of extinguishing fire with fire. Lu places her project – as risky as it is suspiciously supervised by the prison authorities – beyond the questions of perpetrators and victims, guilt and atonement. She gets involved with the unspeakable, the uncontrollable and the uncertain, into which it leads. The perpetrators, the animals, herself.

Thus she becomes a provocation and her approach becomes an explosive device for a system that still believes that good and evil can really be sorted out. Lu also explores the boundaries of masculinity. At the abyss of aggression, violence and ignorance, the male becomes the human border. And their overcoming becomes a topic for all of us: the angry as well as the timid, the acting as well as the repressive, but above all: men as well as women.