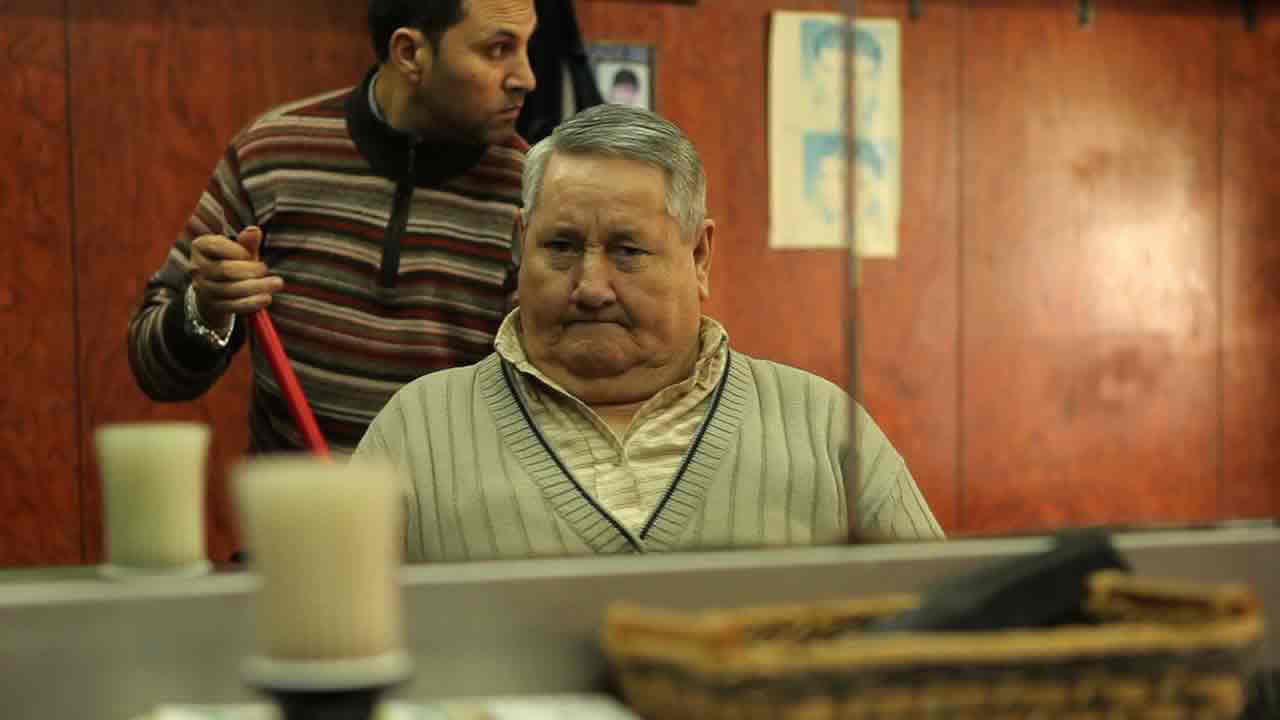 The infamous El Raval quarter with its alleyways full of dark figures lies in the center of Barcelona, in the Old Town, near the water. Where once seamen shared the cheap little flats with working families, now migrants from all over the world characterize the area. In the narrow lanes, their small barbershops lie side by side. Each nationality has its own. The businesses cater to parallel societies and have little contact with one another. Whoever enters here, seems to leave Spain behind and to plunge into a safe haven of familiar rituals and memories of home.

The barbers live from their regular customers and their almost pastoral ability to constantly talk about everything and nothing, or remain silent, whilst they softly touch and courageously beautify the heads and cheeks of the weary and burdened. The film tells the story of four hairdressers and their customers in El Raval, four small, strange time and space capsules, of people who left their homes to find a better one, while the Spaniards are about to leave their own country themselves.