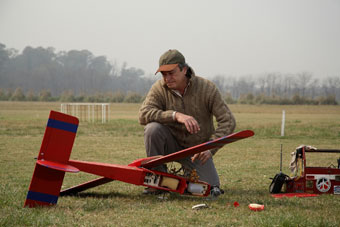 Cultured, prosperous, blessed with three children and many friends, Leonardo and Martha are a truly enviable example of the species “married couple”. Leonardo is an author of considerable repute; Martha, a hyperactive housewife with academic interests. Leonardo sits back and observes; Martha forges ahead and acts. An enviable couple?

They both begin to question their happiness when Julia, their youngest, marries and leaves Buenos Aires. The house is empty, the children scattered all over the world. For Leonardo and Martha, there are no more excuses for not addressing all those little grievances and annoyances that have piled up over the years. Martha seeks release by going back to university and surrounding herself with people. Leonardo takes refuge in fantasies that become so real that he can’t distinguish them from reality.