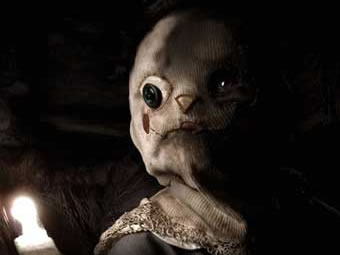 Laura spent the happiest years of her childhood growing up in an orphanage by the seaside, cared for by the staff and fellow orphans whom she loved as brothers and sisters. Now, thirty years later, she returns with her husband Carlos and Simon, their 7-year-old son, with a dream of restoring and reopening the long abandoned orphanage as a home for disabled children.

The new home and mysterious surroundings awaken Simon’s imagination and the boy starts to spin a web of fantastic tales and not-so-innocent games … Bewildered, Laura gradually allows herself to become involved in her son’s world that seems like a distant, disturbing echo of her own childhood memories. The opening day of the new home approaches and the tensions between the family members increase. Carlos remains sceptical and is convinced that Simon is just making up everything to attract his parent’s attention. When the boy suddenly disappears, Laura blames these spectres and starts investigating three dreadful tragedies: two that are long past, and her own …