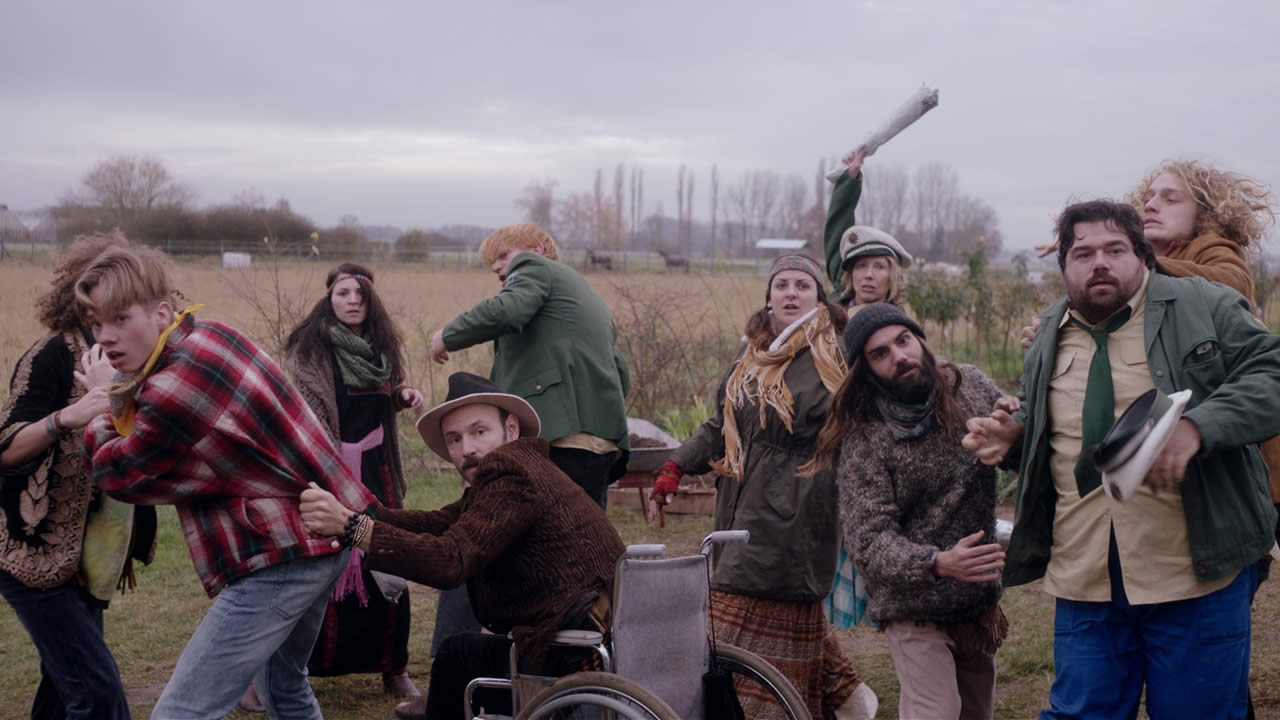 In a small West German town in the 80s: the 60s and all of its ideals of awakening and freedom have finally arrived in the provinces when Helmut Kohl becomes Chancellor. In the first year of his administration, the curious Ursula is 17 and a bit too much of everything. She asks uncomfortable questions about her parents’ hibernating marriage and her grandpa’s World War II past.

Her lonely teenage existence is turned upside down when the left-wing alternative teacher Siegfried Grimm shows up. Grimm is the first person to actually recognize and understand Ursula. At a nearby farm, Grimm organizes self-liberation courses and non-violent protests against atomic energy and nuclear armament. Ursula immediately falls in love with the charismatic teacher and decides that he is to be her first “real man”. She eagerly tries to become a part of the non-violent movement. Too bad Grimm has not only sexually liberated the whole village, but her mother too – everyone except Ursula. When she realizes that Grimm is betraying her, she plots her revenge.