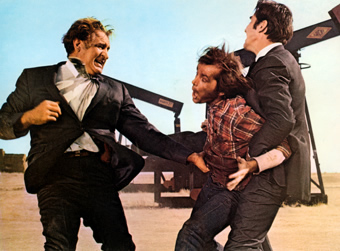 Robert Eroica Dupea comes from a a well-bred family of musicians and once showed great promise as a concert pianist. By nature a restless, angry individual, he left his family and now lives in a small town, works as an oil rigger, spends his spare time drinking beer with his pals and takes his emotions out on his inane girlfriend, Rayette, who is pregnant from him.

Briefly visiting his sister, a concert pianist, Robert discovers that their father is ill. He decides to visit his home in Puget Sound to pay his family a visit and confront his old life. On the spur of the moment, he takes Rayette along for the trip but refuses to introduce her to his family and leaves her in a nearby motel instead.

His family welcome him warmly, but things soon take a turn for the worse when Robert becomes involved with a young woman, Catherine, who’s been studying piano with his brother and has grown close to him. Catherine forces Robert to take out his emotions and confront his piano talents.

Then Rayette shows up, and Robert’s life takes yet another turn.