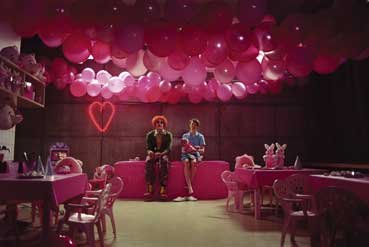 Floh, a child prodigy, has a tall story to tell: her surrogate mother, Antje, simply stole her from the wealthy contracting parents! Which is just as well, since Floh would rather spend a day with Antje by the seaside than forever having to demonstrate her talents in America …