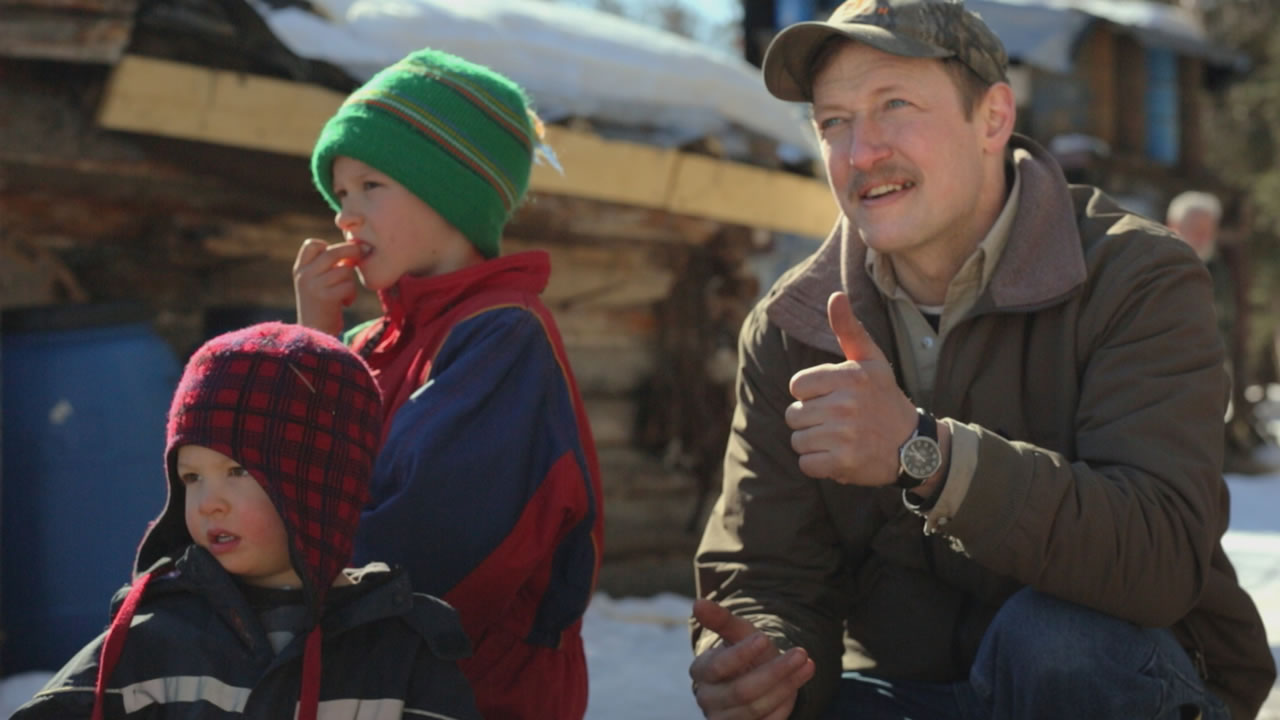 The documentary follows the lives of the few remaining trappers in the Alaskan wilderness. That’s where Mike and Nate Turner want to realize their dream. Far away from civilizaton, in the isolation and vastness of the north, father and son try to live a self-sufficient life with their families, in tune with nature, as trappers and hunters. After 30 years in the wilderness, the Turners have built two log cabins and a wooden house in which three generations live. 120 air miles west of Fairbanks, in the middle of the forest on the banks of the Kantishna River, they live their lives in a completely different rhythm, far away from streets, cities and power lines. The river is their only path to civilization: with the hydroplane or by boat, days from the next city.