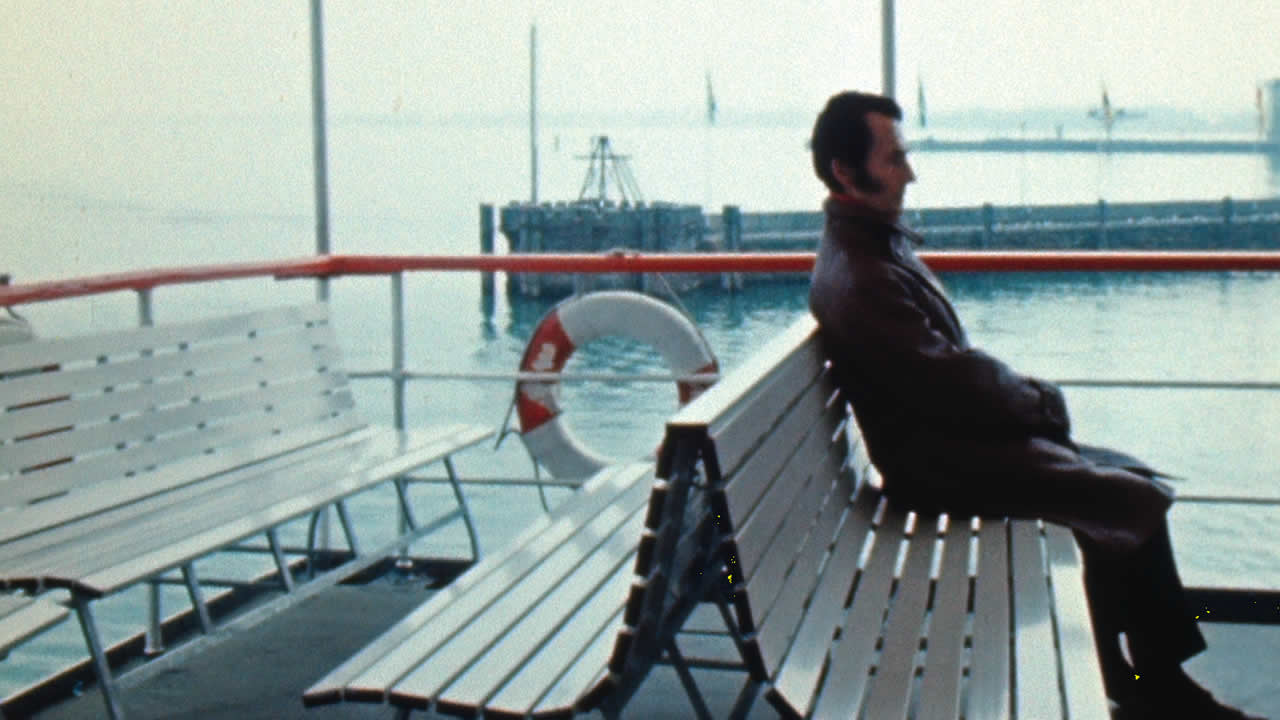 In this film, the audience accompanies Frankstein on a trip by car, by boat, by train und on a helicopter along the River Rhine, from the sources via the Rhine Falls near Schaffhausen to the North Sea. Along the way, he comes upon a series of monstronsities that happily fulfill the cliché generally associated with the term “Rhine”.

A choral society of men belt out “the air is fresh and dusk is nigh”, an American tourist vows the Rhine stands for all of Germany, and Count Greiffenclau points to his castle’s ancient tower that has been in his family ever since it was built in 1330 (“Actually, it was my grandmother’s family”). Frankenstein sees pilgrims on their way to Kevelaer, he sees heavily laden freighters, he sees Speyer and Cologne cathedral and in between scenes from old Nibelungen movies and Nazi newsreels – a Rhine cruise with a difference.