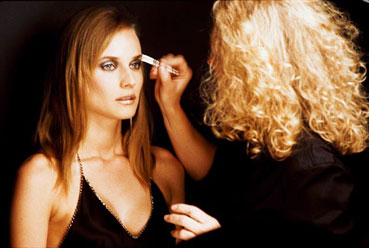 26-year-old Frankie, a blond angel of cold, fragile beauty, is admitted to a psychiatric clinic where she slowly recovers. But what had happened to Frankie, why did she have this breakdown?

Her story is that of a model who’s no longer young nor beautiful enough. In a world of glamour and appearances that is ruled by youth and transitoriness, Frankie can’t find a place for herself any more. As a luxury homeless, she takes her suitcase and wanders between cheap hotels, photo studios, bars and agencies. Only Tom is willing to listen to her, offers her friendship and, possibly, even love.

And so she gets by until, one day at a shoot, she chances upon a cocaine-addicted German photographer who hurts her, humiliates and destroys her. And then a final casting session with a creature in jogging shorts and high-heeled shoes. That’s the day that Frankie’s life finally unravels …