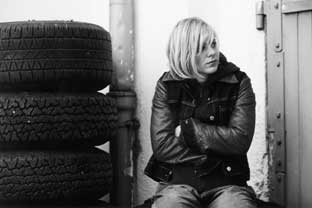 Down in the dumps because she didn’t get the apprenticeship she wanted, 18-year-old Conny works at a petrol station. She’s always broke, still lives at home with her three younger siblings and has to fight for space at home and the attention of her parents. Ever since Heinz, her step-father, has lost his job and sits at home all day she has just one wish: to get outta here!

One day she meets Mike and falls madly in love with him. He treats her like a queen and very soon the two move in together. But as soon as the newness of the situation wears off, Conny finds out that Mike is in debt. Shocked as she is, she wants to help him and agrees to taking out a joint credit to pay off the money he owes. Then she finds out she’s pregnant and is slowly forced to face reality. But Mike is completely overwhelmed by the situation. The only person who seems to want to help Conny is, surprisingly, her step-father, Heinz.

Holding their newly born son, Conny and Mike are forced to accept responsibility for the first time.