GOD IS THE GREATEST 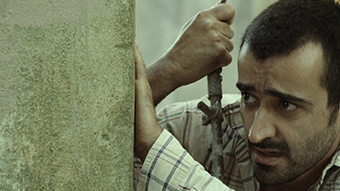 The film portrays a moment in the life of Syrian civilians during the ongoing Syrian Civil War. After a woman is shot on a street in Aleppo, her son is in a state of shock. While his mother is bleeding to death, a group of rebels arrive to take out the enemy snipers. But who is taking care of this woman? Not until an unknown young man arrives on the scene is there any hope.