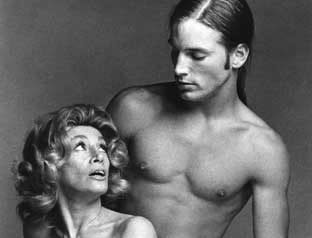 Young and beautiful Joey is staying at the Tropicana Motel in Hollywood, famous for hosting Hollywood “Has Beens”. Some years ago, he was the teen-star of a TV Western series and is desperately waiting for some job as a rock singer, lying around the swimming pool of the Motel. Torn between the fat Motel owner who barters his living expenses for hot sex in the afternoon, a young lesbian and various young gay men, he meets an aging ex-movie star who convinces him to come and live with her her Hollywood villa on the hill. But she has a hard time keeping Joey for herself …