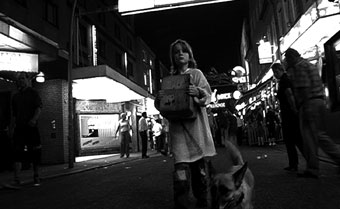 A ship is abandoned by its owners in the port of Hamburg, which puts the crew in a desperate situation. Some of the sailors are adherents of a mysterious secret cult for seamen, a remnant of the naval bureaucracy of the Comintern. A few cells of this bureaucratic machine survived the dissolution of the Comintern in 1942 and in the course of time have carried over the old secret codes and the Communist agitprop into very obsessive trance techniques. They communicate with the spirits of Comintern functionaries by means of a medium and, under their guidance, take control of the ship …