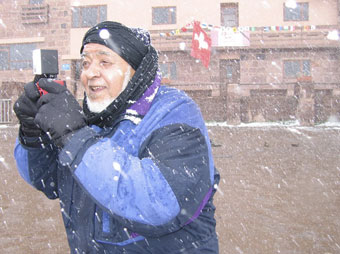 In order to fulfil his dying father one of his last wishes – to go skiing in Switzerland – Karim, his 28-year-old son living in Geneva, tries to obtain a visa for him. Receiving a categorical refusal, he decides to take his father to the Moroccan resort of Oukaimeden, hoping to convince him that he is in the Swiss Alps. Aided by his best friend, his sister and a very original restorer, he puts all his powers of imagination to work and tries to offer his father a memorable trip.