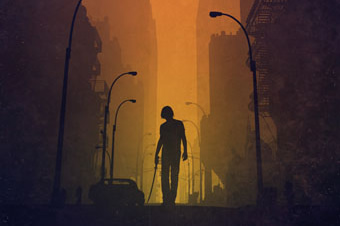 The story takes place in the universe of the Wachowski brothers’ film “The Matrix”. Kaydara, a bounty hunter who is living separately from the Human Resistance Group, does not believe in the prophecy of the ‘chosen one’. He thinks this ‘saviour’ is a threat to the awakening of Man’s self-awareness. He considers the ‘chosen one’ as his enemy and if they cross paths, will not hesitate to confront him.