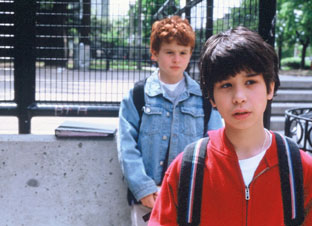 Khaled is a resourceful 10-year-old boy surviving in the inner city of Toronto – the son of a white mother and a North African father who left long ago. He shares an apartment with his chain-smoking mother, helping her out with the daily chores, as she becomes too ill to do them herself. Life in school is not any better. Along with his little Russian friend, Ivan, Khaled is bullied and taunted by a gang of kids, but he always gives as good as he gets.

When his mother suddenly dies, Khaled – out of fear of being sent back to another abusive foster home – chooses to keep her death a secret. He continues to go to school, mends his own clothes and even figures out a way to pay the electricity bill on his own. But the crooked building manager, Little François, soon comes looking for the rent, the persistent social worker starts asking more questions, and the neighbours begin to notice a strange smell coming from the apartment …