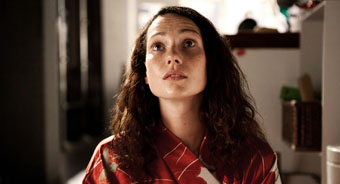 Looking for something to eat, a homeless woman sneaks into a man’s apartment. When she is almost caught, she hides just in the nick of time in his closet. But instead of leaving the apartment, she gets interested in the man and starts to secretly live there and observe him. What she doesn’t realize, however, is that the man has already noticed her presence.