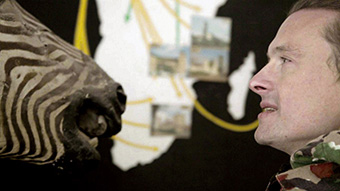 After years of military war deployment, Major Müller can’t seem to find his way back into civilian life. His incessant urge to communicate leads him to look for listeners and consolation, but he finds neither. Instead, the repetitively soliloquized memories of his own heroic deeds determine his everyday life – with all consequences.