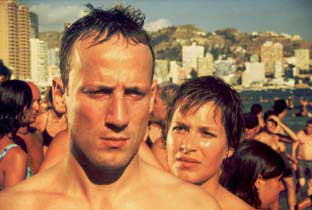 A man emerges from the sea. He is irritated; he can’t find his wife, not even in the hotel. Then he finds out that he hasn’t been out swimming for five minutes, as he thought, but for five years and that his wife has long declared him for dead.