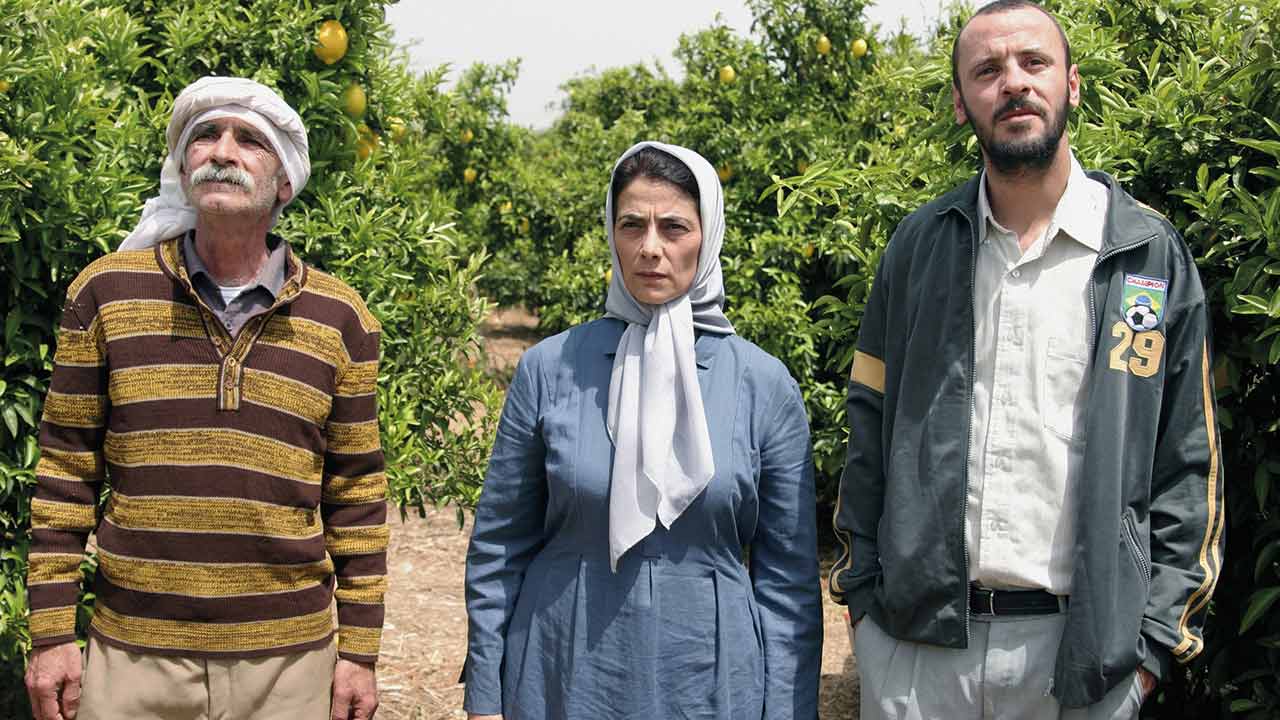 Salma, a Palestinian widow, who has been living on her lemon grove for decades, has to stand up against her new neighbor, the Israeli Defence Minister, when he moves into his new house opposite her grove on the green line border between Israel and the West Bank. The Israeli security forces are quick to declare that Salma’s trees pose a threat to the minister’s safety and issue orders to uproot them.

Together with Ziad Daud, a young Palestinian lawyer, Salma goes all the way to the Israeli Supreme Court to try and save her trees. Her struggle raises the interest of Mira Navon, the Defence Minister’s wife, trapped in her new home and in an unhappy life. Despite their differences, and the borders between them, the two women develop an invisible bond, while forbidden ties grow stronger between Salma and Ziad.