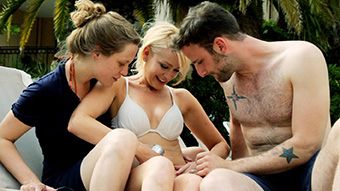 The young filmmaker Isabell Šuba made it – or so she thinks! One of her short films is screening at the world’s largest film festival. But instead of red carpet and caviar, her chauvinistic producer and an overbooked hotel await her in Cannes. Another disappointment, not one single film made by a woman is in the competition. In a partnership of convenience, the two try to find investors for a new project, unfortunately to no avail. Isabell looks reality straight in the eye: David’s neanderthal-like behavior is no exception. Even in Cannes, there is no exception to the rule: men show movies and women their breasts.