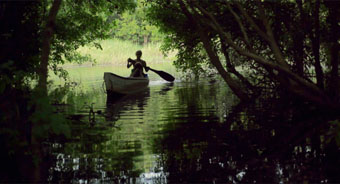 A young woman travels with her child to a remote coast on the Pacific in southern Mexico where she grew up. She had lived with her father in a house on the beach until her lover, a young fisherman from the neighboring village, died a brutal death, causing her to flee. Years later, she returns to make peace with the ghosts of the past.