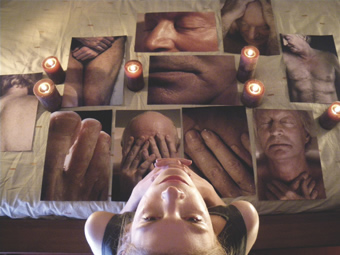 Marieke is 20 years old. She lives with her mother, Jeanne, a woman left cold and distant ever since her husband died. During the day, Marieke works in a Brussels chocolate factory. At night, she escapes into the arms of much older men. With them she feels strong, cherished and free. The arrival of Jacoby, a book editor living abroad, searching for her father’s last manuscript, upsets Marieke’s precarious balance. Her mother does everything in her power to keep them apart. She fears that he will reveal the secret that has remained hidden for so many years. Marieke falls in love with Jacoby but, devastated by the truth of her father’s death, she sinks into despair. Will she find the strength to accept the truth and live anew?