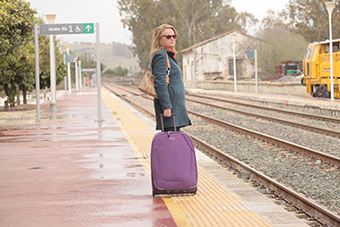 MARTA’S SUITCASE deals with the issues of domestic violence, not only from the perspective of the woman/victim, but also from that of the man/perpetrator. In this sense, it opens up a new and deeper view of the topic.

The film describes the abused woman’s sufferings, but also her struggle for her rights and security, as well as the perpetrator’s inner workings. And it presents the perspectives of those who work against violence. The film was shot in Spain and Austria, both countries serving an example of the problem’s universality.