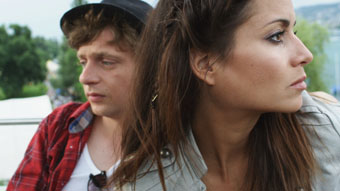 Zurich Festival 2010 and the World Cup Soccer finals. Mary really wants to watch the match, but her boyfriend Johnny wants no part of it. He just lost his job and is in a bad mood. As a result of a misunderstanding, they get into a fight and go their separate ways.

On their individual journeys through the night, they encounter dubious characters and get caught up in turbulent events, and tragically, they keep missing each other. At daybreak, things come to a dramatic and humorous showdown of love.