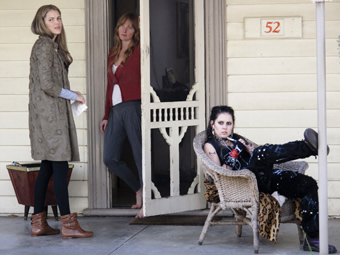 Jack has barely blown out his ninth birthday-cake candles when his parents are stunned by the news that Jack has leukemia! As Marisa and David endure Jack’s excruciating ordeal alongside him in the kids’ cancer ward, they learn that a bone-marrow match will provide Jack’s best hope.

Marisa embarks on a desperate search for a suitable donor, and encounters her ‘serial infidel’ husband’s trail of past lovers. Bizarre? Yes… but with her child’s survival in the balance, just possibly a lifeline for Jack! So Marisa confronts her husband’s betrayal and begins knocking on the doors of the ‘other women’ in the hope that a child from one of David’s many affairs may exist and be a bone marrow match for Jack.

Meanwhile, back in the ward, Marisa encounters a charming but broken-hearted Irish sailor, Connor, and his brave son, Finn… and amidst the web of tangled drip-lines and haphazard humor of Kids Oncology, a surprising relationship develops between them, turning her life upside down again.