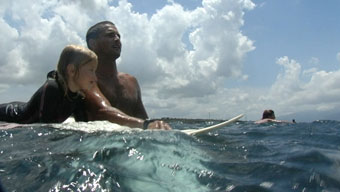 The film follows the stories of ten inhabitants of the Hawaiian island Maui. As different as the lives of the ten may appear at first sight, it soon becomes apparent that this isle constitutes a world within itself and that each individual is merely a link in the chain of the island’s all-embracing Aloha spirit.