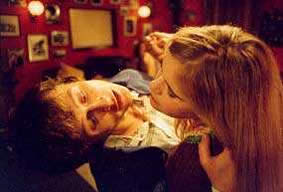 Searching for the loves of their lives, three siblings, Josch, Mike and Nicole, experience very different emotions. Josch is the eldest and mentally handicapped. This may limit his IQ, but not his infectious high spirits which everybody falls for – including Nadine, his brother’s girlfriend, with whom he becomes madly enamoured.

Mike, naturally, isn’t too pleased about Josch’s courting Nadine. Still, he finally manages to build up a new, harmonic relationship with his brother und also to win back his girlfriend’s love. And then there’s number three, Nic, the pet of the family and a rather willfull young girl. She’s madly in love with Manu, the declared star during school breaks. But he doesn’t want to have anything to do with her. Or does he?