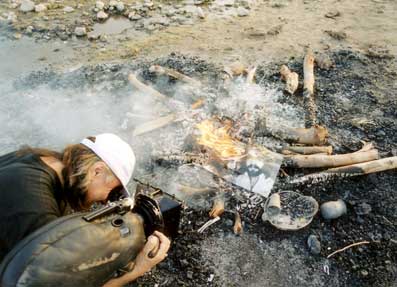 “Chetna came to the GDR from India. She was 18 and I was 23 when we studied at the Film Academy Babelsberg. Twelve years later, Chetna died while we were filming in India. I always wanted to talk about our love, our time in India and West Berlin und about the GDR in the 70’s. But without her, it just seemed impossible. Till out of the blue she got involved again. I’m here, she said – and that’s how we made our last film together.”