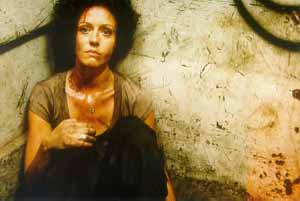 Through the mysterious death of a woman in a New York hotel, the young set designer Lena gets to know David Fish, the son of the woman who has been murdered. In the course of the investigations, their affection for each other grows, but also Lena’s fear to find out the truth …